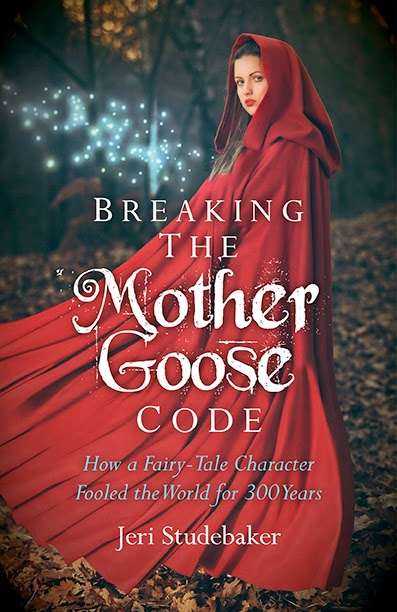 Not a connection I have ever made until I read this book...what a stunning revelation and one that makes absolute perfect sense.

The author has taken a seed of inspiration and researched it incredibly well and unearthed a huge amount of information to back up the theory.

This book takes you through every step of the author's throught process, evidence, proof and information that takes you on many twists and turns of discovery.

Who was Mother Goose? Where did she come from, and when? Although she’s one of the most beloved characters in Western literature, Mother Goose’s origins have seemed lost in the mists of time. Several have tried to pin her down, claiming she was the mother of Charlemagne, the wife of Clovis (King of the Franks), the Queen of Sheba, or even Elizabeth Goose of Boston, Massachusetts. Others think she’s related to mysterious goose-footed statues in old French churches called “Queen Pedauque.” This book delves deeply into the surviving evidence for Mother Goose’s origins – from her nursery rhymes and fairy tales as well as from relevant historical, mythological, and anthropological data. Until now, no one has ever confidently identified this intriguing yet elusive literary figure. So who was the real Mother Goose? The answer might surprise you.

Publication 27th February 2015 - available to pre-order via Amazon
Posted by Unknown at 12:39