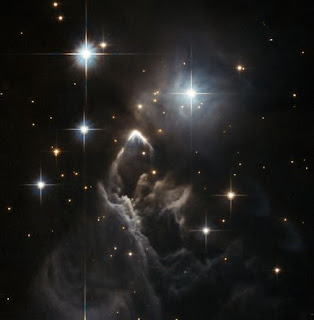 I am waxing philosophical this morning...

What makes you have a good or bad day/week/month/year?

Now I know the moon is powerful, she controls the oceans so she must be!

I do know that the moon phases affect how I feel...this past week has been a bit blah but then today is a New Moon so that explains a lot, hopefully from today my little world will be filled with new enthusiasm and gumption :-)

But what else affects our lives?  I am no astrologer but I betcha that my astrologer friends would say "you have had a bad week because Mercury has gone retrograde" or some other planet whizzing around in the wrong direction ;-)

It is all powerful stuff, it's a big ole universe with a lot of pull...

But we can't always blame the planets.  I am a great believer that we control our own destinies in the main part.  It's no good moaning about the state of your life or relationships if you never move of the sofa to do anything about it.   If you dream of being rich and famous but only ever venture out to Tesco you probably aren't very likely to meet an influential film producer.  OK that's a bit of a big one but you know what I mean.

I get asked a lot "do you know a spell to get me a new/better job" or a spell "for a new love interest" and my answer is usually along the lines of - yes you can work spells for these things but ultimately you have to back it up with making an effort out in the real world.  A new job is very unlikely to land in your lap without you actually going to the job centre and/or sending off CV's to people.

If you want things to happen, if you want your life to change...you gotta get out there and make it happen.

Everything that is worthwhile in life takes at least a bit of effort.

2012 was a pretty good year for me personally, but not so much for one or two of my close friends, what makes that so?  I don't have an answer ...sorry!   But I do believe that all the difficult situations and issues that the universe chooses to throw our way are all for a reason, each one has a lesson with it, sometimes it isn't easy to work out what the lesson is and if we don't, it will come back to smack us in the face again until we have understood and learnt it.  Believe me I have had my fair share of those!

The universe chose to send us a challenge as a nation this week...the passing of Maggie Thatcher caused HUGE amounts of emotional facebook statuses, pretty much all of them were 'dancing on her grave' type ones, which was disappointing.  As a country we are pretty good at standing together, whether it be during wartime (personally I don't remember the I or II WW but from what I know about it we did) we came together as a people, as one, to help and support each other.  On a smaller scale but no less important level we came together last year for the Olympics, we were proud to be British.  This week I have been ashamed.  Whether you agreed or disagreed with Thatcher's policies, she was a ground breaking woman.  I was only a teenager at the time but enough people must have agreed with her to have kept her in power for so long.  Has there ever been a politician that everyone has loved, one that every single person has agreed with all of their policies?...not as far as I know.  Each politician will have good policies and bad policies, no one is perfect!

This week as a nation we could have acted with dignity...we failed miserably.   At the end of the day she was a woman, a mother, a wife, part of a family - those people will be mourning her passing...what have we done for those close to her?  Have we treated them with respect?  I think not...

I do believe that we are responsible for what we put out there...whether it be thoughts, words or actions they represent who and what we are as a person and it will come back...usually much stronger than when it was sent out, as it gathers momentum winging around the universe like a cosmic boomerang until it lands back at our feet - do you feel safe in the knowledge that it will land back at your feet safely or will it come shooting back round and smack you in the back of the head? ;-)