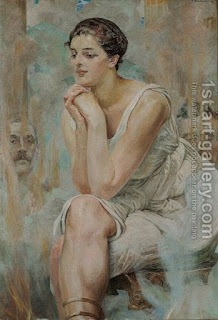 More seer research, but today it is on The Pythia.