Where down the plain the winding pathway falls
From Glenfield Vill to Lester’s ancient walls,
Nature or Art with imitative power,
Far in the glenn has placed Black Annis’ Bower.

An oak, the pride of all the mossy dell,
Spread its broad arms above the stony cell;
And many a bush, with hostile thorns arrayed,
Forbids the secret cavern to invade;
Whilst delving vales each way meander round,
And violet banks with redolence abound.

Here, if the uncouth song of former days
Soil not the page with Falsehood’s artful lays,
Black Annis held her solitary reign,
The dread and wonder of the neighbouring plain.
The shepherd grieved to view his waning flock,
And traced his firstlings to the gloomy rock.
No vagrant children culled (the) flow’rets then,
For infant blood oft stained the gory den.

Not Sparta’s mount, for infant tears renown’d,
Echo’d more frequently the piteous sound.
Oft the gaunt Maid the frantic Mother curs’d,
Whom Britain’s wolf with savage nipple nurs’d;
Whom Lester’s sons beheld, aghast the scene,
Nor dared to meet the Monster of the Green.

Tis said the soul of mortal man recoil’d,
To view Black Annis’ eye, so fierce and wild;
Vast talons, foul with human flesh, there grew
In place of hands, and features livid blue
Glar’d in her visage; while the obscene waist
Warm skins of human victims close embraced.

But Time, than Man more certain, tho’ more slow,
At length ‘gainst Annis drew his sable bow;
The great decree the pious shepherds bless’d,
And general joy the general fear confess’d.
Not without terror they the cave survey,
Where hung the monstrous trophies of her sway:
‘Tis said, that in the rock large rooms were found,
Scoop’d with her claws beneath the flinty ground;
In these the swains her hated body threw,
But left the entrance still to future view,
That children’s children might the tale rehearse,
And bards record it in their tuneful verse.

But in these listless days, the idle bard
Gives to the wind all themes of cold regard;
Forgive, then, if in rough, unpolished song,
An unskilled swain the dying tale prolong.

And you, ye Fair, whom Nature’s scenes delight,
If Annis’ Bower your vagrant steps invite,
Ere the bright sun Aurora’s car succeed,
Or dewy evening quench the thirsty mead,
Forbear with chilling censures to refuse
Some gen’rous tribute to the rustic muse.
A violet or common daisy throw,
Such gifts as Maro’s lovely nymphs bestow;
Then shall your Bard survive the critic’s frown,
And in your smiles enjoy his best renown. 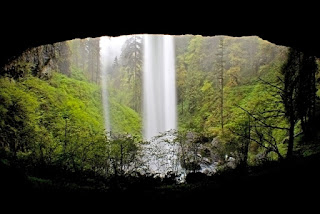 In England the area of Leicester carries the tale of an old hag woman dressed in black that lived in a cave, the Leicester Chronicle (newspaper) carried this description in 1874:

“Little children who went to run on the Dane Hills, were assured that she lay in wait there, to snatch them away to her ‘bower’ where she scratched them to death with her claws, sucked their blood, and hung up their skins out to dry.”

The newspaper ran an investigation to see if the stories were based on fact or fiction.

The poem above was written by John Heyrick a lieutenant in the 15th Regiment of Light Dragoons and was apparently credited as an upstanding man and a courageous soldier.  Heyrick fully believed that his poem was based on historical accuracy and was a true story.

According to Heyrick, the bower (cave) belonging to Black Annis lay between Leicester and Glenfield in an area called the Dane Hills.  Investigations have confirmed that the cave did indeed exist there along with the oak tree that stood over the entrance.  Sadly it has now all be built over with a large housing estate.

His description of Black Annis says she was large with blue skin and one eye…sound familiar?  I also wonder (and it has been suggested by others) whether there is a connection between the name Annis and the goddess Anu or Danu/Dana – another ancient mother goddess, perhaps Black Annis being a crone aspect?  Although in the following tale it tells of a dead cat used in a celebration, the cat was doused in aniseed (anise) which was believed to avert the evil eye and protect against bad spirits, perhaps there is a link between the name Annis and aniseed?  Cats were believed to transform into witches…

Many years before Heyrick’s poem emerged the town of Leicester held a celebration on Easter Monday where the town leaders would visit Black Annis’ bower to witness the tailing of a cat before a pack of hounds (ewww) this celebration was to welcome in the spring.  Recorded by historian Throsby:

The morning was spent in various amusements and athletic exercises, till a dead cat, about noon, was prepared by aniseed water, for commencing the mock hunting of the hare. In about half an hour after the cat had been trailed from the tail of a horse over the grounds, in zigzag directions, the hounds were directed to the spot where the cat had been trailed from. Here the hounds gave tongue, in glorious concert. The people from the various eminences, who had placed themselves to behold the sight, with shouts of rapture, gave applause; the horsemen, dashing after the hounds through foul passages and over fences, were emulous for taking the lead of their fellows. It was a scene, upon the whole, of joy; the governing and the governed, in the habits of freedom, enjoying together an innocent and recreating amusement, serving to unite them in bonds of mutual friendship, rather than to embitter their days with discord and disunion. As the cat had been trailed to the mayor’s door, through some of the principle streets, consequently the dogs and horsemen followed. After the hunt was over, the mayor gave a handsome treat to his friends. In this manner the day ended.”

The stories of Black Annis seem to be centred in and around the area of Leicester but all suggest that she is a hag, a bringer of death and the winter.   In all the tales she is described as being extremely tall with blue skin and usually with talons and/or long teeth and one eye and generally favours the bad habit of eating people especially children and was often blamed for the death or disappearance of livestock.  She would wait in her cave ready to pounce on any children that wandered too far from the village.  Once she devoured the children she would hang their skins out to dry.  Perhaps this was a bit of an embellishment on the story to stop children from misbehaving?

I do think maybe she was the goddess that looked after the souls of those children that passed away too young.  And perhaps also as the culler for herds of animals, taking the lives of those that were weak allowing the strongest to survive?

The townsfolk of Leicester would lock and bar their doors and windows when they heard the howling of Black Annis, they would tie bunches of herbs above the windows to stop her reaching inside and stealing their babies.

I find interestingly that a lot of the descriptions of Black Annis also echo those of the Hindu goddess Kali.  Was Black Annis the English version of The Cailleach, I like to think so but the decision is yours to make.

Taken from Pagan Portals The Cailleach

Email ThisBlogThis!Share to TwitterShare to FacebookShare to Pinterest
Labels: black annis, The Cailleach