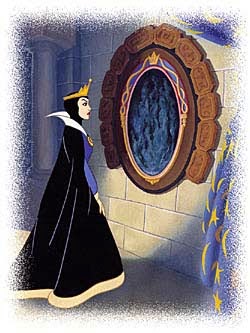 It is about this time of the year that I sit down and mull over the past year, part of Samhain for me is to look back at what I have achieved, what didn't work and what did and how life has been over the past few months and then to focus on what I want to do over the cold winter months and what plans I have that I want to put in motion.

This month my fifth book A Kitchen Witch's World of Magical Plants & Herbs is published and it has already sold out on Amazon before it is even released which is totally amazing and I feel extremely humbled, along with the usual worries of "but what if no one likes it when they actually come to read it...".

This month I also received notification that my three Pagan Portals books have been taken up by an Italian publisher and will be translated into Italian...!

This month has also seen some changes within the Kitchen Witch School - revamp of the homework tasks and a trial run with Webinair which is very exciting.

We also have a little bit of a surprise to launch hopefully at the Wandering Witches fair in November...

This month Tracey and I have also both started studying again, two different courses.  We are now training on the first spiral to become Priestesses of Andraste and are working with the Wheel of Britannia, it is quite a full on, in depth course that will also require us to visit Norfolk next year on two weekend retreats and we have also just received the first pack for the Singing in the Bones course that focuses on the sabbats over a year - lots of work, but should be extremely interesting.

Seven weeks ago we launched our first online course - an eight week course working with the Celtic Goddesses and I have to say we have been totally bowled over by not only the response to sign up for the course but the amount of interaction and feedback that we have had - it has inspired us and we will be running four more online courses next year (Herbal Pathways, Celtic Gods, Dark Goddesses and Sun Gods & Moon Goddesses).

We have had some amazing experiences with the workshops that we have run this year - Celtic Goddesses, Hoodoo, Divination, Tarot, Totem Animals and Faeries & Elementals - we have met some wonderful, wonderful people and had huge amounts of fun...and cake...plenty of cake.
However we made the decision not to run any workshops next year (but never say never...) they are brilliant to do but a huge amount of time, effort and work goes into them and there are now a lot of other people running workshops as well in the area, we don't want to get caught in a battle for people!  It will also allow Tracey and I to have a little extra time to work with our own studies and focus on the Kitchen Witch School a bit more.

We have also had some fun and occasionally very soggy open rituals at the Queen Elizabeth Country Park and were overwhelmed to have had some of our lovely students ask to be initiated into the Kitchen Witch Coven (some online and some offline) which made us extremely proud.  The rituals will continue next year, we have eight dates booked with the themes - Earth, Air, Fire, Water, Love, Prosperity, Protection and Healing.

February we stayed in an amazing B&B in Glastonbury - the Covenstead, we can highly recommend it - fabulous decor, huge breakfast and the most amazing host - we stayed because we attended the Mystical Arts fayre where we had a stall and I did a talk - how nervous was I talking to a crown of people in Glastonbury?  Off the scale!  I was on the billing with some very big names in paganism and I felt incredibly small...however when it came to my talk there were so many people we had to go and get more chairs and my lovely Kitchen Witch lot mostly sat on the floor!  Huge thank you for all the support ♥

Three more tattoos were added this year - a moon goddess on one arm, a Celtic warrior design on the other arm and a beautiful top hatted lady on my shoulder - I have nearly run out of space now...nearly...

We also launched a set of Celtic Goddess Oracle cards which seem to have been very well received, we are very pleased with them and a huge thank you to my hubby for all his artwork, not just on the cards but with all the graphics he does for us and on a personal level for just being there and knowing exactly how to deal with me...it's not an easy job.  This year we celebrated 22 years together ♥

This year also saw me contribute to three collaboration books - Paganism 101, Witchcraft Today and Naming the Goddess, all fascinating books and I was very honoured to be included in the esteemed list of authors.

We spent an amazing day in February birthing our own drums...I cannot begin to fully describe what an emotional and wonderful day it was and I am now the proud owner of a stag hide drum that I made entirely myself, I can highly recommend The Hero Soul not only for drum birthing but also for shamanic practices.

My fourth book Pagan Portals Moon Magic was published at the end of January and has done extremely well - sales figures are just under 2000 copies as of end September.  October should see my book sales hit quite a special figure...more about that next month...

I have had the absolute pleasure of doing several talks for various local groups which are always fun and at each one I have received wonderful friendly welcomes.

I continue to write regular articles for several magazines - The Mystik Way, The Magical Times and The Pagan Dawn all of which are a pleasure to do.

I want to also thank Tracey Roberts...our journey with Kitchen Witch has been a bit of a bumpy ride at times with personnel changes and big decisions but it has ended up with the two of us working side by side and I think we work dang well together, not only that but this year has also allowed us to find a very strong friendship too, I feel extremely blessed.

And a huge thank you to all of our lovely Kitchen Witch students, you are all amazing and to those that attended our workshops and to everyone that regularly comes to our open rituals - we have met and made some very wonderful friends and continually feel blessed, overwhelmed and amazed at your support, thank you so much.

I am currently working on book six - A Kitchen Witch's World of Magical Food...manuscript is due in to the publisher at the end of this month ... eep! For publication in 2015.

It has in general been an extremely positive and productive year but of course there have been a few hiccups too but nothing overly major.  I have stuck my head well and truly above the parapet this year and in doing so you get shot at occasionally but I am a big girl with sparkly big girl panties so it is something I am learning to deal with - you can never please all of the people all of the time.

On a personal note my spiritual journey continued to twist and turn, I am a witch, always will be but I have delved into shamanic practices this year again as well as learning about Hinduism and taken what works for me from them.  The focus now seems to be on goddess work so I will go with the flow and follow where it takes me.

One of the most important lessons for me this year has been learning to say 'no'.  I always want to help everyone and do what I can but sometimes that comes at a cost to myself, my own focus and my family.  I learnt a very big lesson from that this year and have been saying no quite often ever since, it feels very good to do so - sometimes you have to focus on you, otherwise people can seriously take advantage of your good nature, your time and your efforts.

I continue to learn more about myself and how I am as a person, becoming ever closer to 'the person I really am and the person I really want to be' - one and the same...it's all a learning curve and I look foward to the next year with anticipation.