'Coming of the Cailleach' - Birth 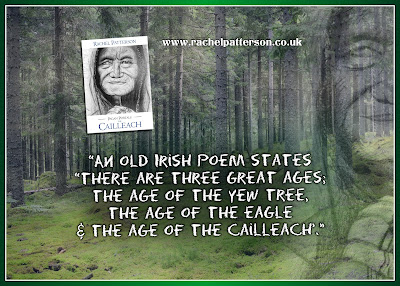 'Coming of the Cailleach' - Birth


The Cailleach – Goddess of the ancestors, wisdom that comes with age, the weather, time, shape shifting and winter.

She is said to have shaped the landscape by dropping boulders from her apron which given that she is often portrayed as a giant should have been a fairly easy task. Later on stories also began to surface that gave the Devil as being the one with an apron who drops stones to shape the landscape. Not sure the image of the Devil wearing a pinny with the apron strings flapping in the breeze works for me but it may have been an attempt by early Christianity to cover up the pagan stories of The Cailleach.

Her time is Samhain to Beltane which is when she is at her most powerful and powerful she most certainly is for in my experience she is a strong, feisty, no nonsense, and kick bottom goddess with a wicked sense of humour. Towards the end of autumn when the weather starts to get that clear, fresh and chilly air you can feel her draw near.

Often referred to as a Neolithic goddess her origins seem to lie in ancient Britain but traces of her can be found across Europe, still as part of Celtic tribal history but in places such as Greece, Spain and Portugal. Some suggest that she was originally a Spanish princess name Beara and others that she originated from the Hindu mother goddess Kali, but some do believe she travelled across from the continent, who is right? (I don’t have the actual answer to that question…).

Although she rarely appears in myths with other deities she is occasionally linked with the goddess Brighid/Bride as her opposite. In a couple of legends she is also said to have married the Celtic sea god Manannan. She is usually put into the Celtic pantheon (I have done so myself on occasion) possibly just to put her somewhere but there are traces of her long before the Celts. She is as far as I can make out, one of the most ancient deities who has survived for thousands of years. An old Irish poems states “there are three great ages; the age of the yew tree, the age of the eagle, the age of the Cailleach’.

The word Cailleach has several meanings or translations such as:

In Gaelic there seems to be suggestion of a link between the word ‘cailleach’ and the word for ‘chalice’. The chalice possibly being later thought of as a cauldron which is a symbol for rebirth and symbolic of the womb.

Whilst in most texts the word ‘Cailleach’ seems to translate as ‘veiled one’ and that the prefix ‘Caill’ also means a ‘covering’. It suggests that an older woman wore a ‘cover chief’ or ‘calle’ upon their head perhaps referring to a veil or headscarf and of course the veil also symbolising hidden mysteries.

She is probably most well known for her landscaping with many mountains, caves, rivers and land marks named after her. She is therefore strongly associated with the elements of both earth and water.

As a water Goddess the Cailleach rules over lakes, rivers, oceans, streams and wells and also holds responsibility for floods as she also controls the weather particularly storms. Stories of the Cailleach storming (pun intended) down the mountain side in a fury hurling lightening rods and bolts of thunder are plenty.

She is also linked with the wise woman that played the role of midwife and a layer out of the dead. Several stories I found linked her to Christian times when it was said she appeared as a nun…although this could be confusion caused by her Gaelic name meaning ‘hood’ or ‘veiled one’ which after Christianity arrived was the term given to nuns reflecting the hooded wimples the nuns wore.

The Cailleach is at her most powerful during the winter months bringing the cold weather, icy winds and snow with her. She is said to often ride a wolf (sometimes a wild pig) across the sky bringing the snow and riding the wolf through the lands crushing any signs of plant life. But she is also seen as the midwife for the dying year, keeping the seeds of new life safe and warm beneath the earth, caring for them throughout the winter months so that they may become new life in the spring.