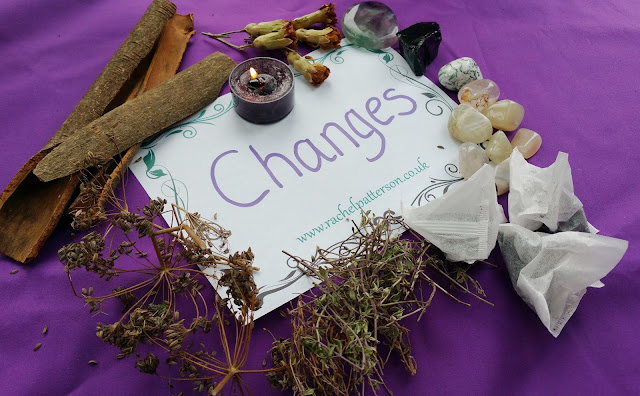 The April Grass Full Moon approaches...Friday 22nd April is the day and I have been prompted this month with the word 'changes'.  Change is a constant, everything is fluid and life is always changing but sometimes change is hard to deal with.  Use the full moon energy this month to implement positive changes to your life or to help you deal with changes that you can't control...

I wrote the word 'changes' on a piece of paper and used that as the centre then I charged each herb/spice and crystal that I chose to use with my intent and put them on my altar around the intent paper. I also chose a purple candle to light as well. I didn't have a plan or design in mind I just used my intuition.

Visualise the changes you would like to see happen or work with images of dealing well with changes that are already happening, see the best possible outcome.