On the eleventh day of Yule...

On the 11th day of Yule my witchy scent for you... 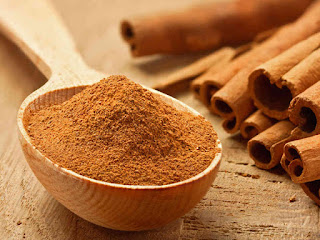 Such a fabulous scent and flavour packing a powerful punch of energy, cinnamon is made from the dried bark of the branches of the tree.

Burn cinnamon as an incense or add to your recipes to bring focus and concentration this will also bring about a deeper spiritual connection and boost your psychic abilities.

Add cinnamon to sachets and pouches or meals to bring about love and success.  I often add a pinch of powdered cinnamon to any spell work that needs an extra boost of power.  That cinnamon power punch also gives you the strength and courage to make necessary changes in your life.

Tie a bundle of cinnamon with a black or red ribbon and hang it in your hallway to bring protection, love and success to your household.

Wear a dab or two of cinnamon oil when you go on a date for added oh la la.  (Might be an idea to dilute with a carrier oil first if your skin is sensitive).

Source - A Kitchen Witch's World of Magical Food by Rachel Patterson
Posted by Unknown at 09:00