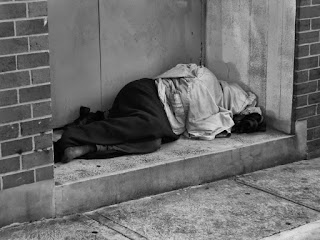 This has been rattling around in my head for a while now and I haven't posted it before because as usually happens, with facebook especially anything that is a little 'out there' turns into a bun fight...so I respectfully ask...please let's not get political about this and be open to other viewpoints...

My heart goes out to those refugees fleeing war torn areas, it really does and as fellow human beings I believe we should do whatever we can to help (there are links at the bottom of this blog post to charities if you would like to donate).

However what I have a problem with is the media reports - how do we know exactly what to believe? I have seen so many conflicting stories about it all and a lot of them are extremely worrying.

There have been stories ranging from the awful genuine plights, to reports of people just using it as an excuse to get into the UK for the benefits and even suggestions that some of those claiming to be refugees are actually coming over to cause political mayhem and acts of terrorism along with photos of groups of young male adults causing chaos in places that have taken them in.

There have also been some interesting articles that bear thinking about; there was a photo of a bombed out Syrian town shown next to London after bombing in WWII with the caption "we didn't flee we stood and fought for our country" - an interesting comparison, perhaps something that we as British can relate to, we have always stood side by side and supported each other when a crisis has hit us.

Another story asked the question "why are these people not fleeing to the first and closest safe country?  Why are they adding to their dangerous plight by fleeing through safe countries to get to another one?"  Good questions that I don't have an answer to.

Anyway...the point of my blog post today, the article that got me thinking was the one where good ole Boomtown Rats Bob was reported as offering up his home to four refugee families...very noble but...and here's the thing.  This whole horrible, terrifying event has for me anyway highlighted the problem we have on our own doorstep.  If he can offer his home to four families why has he not done so before to UK families that are homeless?

When I looked into the figures for those in the UK that are homeless it is absolutely staggering - the Centrepoint charity website states that 80,000 young people each year in the UK experience homelessness... and that is just the young people, those figures don't include adults, families and war veterans. Obviously they are not fleeing war torn countries but they are homeless for a reason, they might have escaped from abusive relationships or be war veterans or people with disabilities that cannot work and they have fallen through a gap in the system.  Whilst I know a few of them may be addicts of one sort or another they are still human beings that deserve our help.

We have a huge homeless problem in the UK already...how can we expect to give benefits and housing to refugees if we have people here already in this situation?

I don't want to get overly political (because I hate politics and think they are all as bad as each other) but...when the Conservatives were voted to power earlier this year there was a facebook uproar with people genuinely scared about their futures, worried that they would lose their disability benefits and their homes...the government stating that the money wasn't there to fund it all.  This same government is now being shouted at for not providing money and housing to the refugees...much as I hate to side with any government what are they supposed to do?  Who should they give the money and the housing to?  And no I don't believe there is an easy or straightforward answer.

In an ideal world none of this would happen and everyone would be helped and supported but it doesn't happen, we can only do the best that we can.

I am not playing down the plight of the refugees just highlighting a problem that already exists that is far bigger than the number of refugees that the UK is faced with...BOTH groups need and deserve help.

Below is a list of UK homeless charities should you be able to help in any way along with some links for refugee help as well...

Let's all pull together, unite as a people and see what we can do to help everyone.