A Witch's World of Horrible Herbs...Wing of Bat...

A Witch's World of Horrible Herbs...

Taking probably one of the most well known terms for ingredients that a witch supposedly throws in her cauldron...'wing of bat' is the ancient folk name for none other than a holly leaf, well I guess it does look a bit like a bat wing... 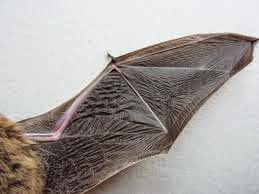 An evergreen shrub that can grow into a tree if left to its own devices holly has dark glossy green leaves and red berries during winter. It wouldn’t be Yule without holly would it? Although holly is also burnt at Imbolc ceremonies.

Keep a sprig of holly above your bed to ensure good dreams and insightful visions.

Plant holly around your property for protection against lightening, poison and evil spirits.

Put holly sprigs on your altar at the winter solstice to invite happiness, balance, success and luck into your life for the coming year.

The holly berry is symbolic of the life giving blood of the Goddess, to work with fertility and feminine sexuality take three holly berries and throw them in water (the ocean, a river or a pond) and make your request to deity as you do so.