A Witch's World of Horrible Herbs... 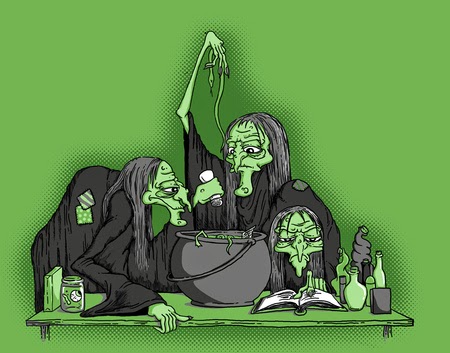 A dark Cave. In the middle, a Caldron boiling. Thunder.
Enter the three Witches.

I am sure most of us are familiar with at least one or two lines of this famous Shakespeare play but what interests me is the names of the items the witches are throwing into the cauldron, did they really use scale of dragon?  And if they did where in heck did they get it from?  Turns out that these things aren't quite as dramatic as you might think they are in fact folk names for herbs and plants ... bit disappointing really...

I have a cunning plan to share the herbs, their folk names and the magical uses with you over the next few weeks, look out for my Witch's World of Horrible Herbs blog posts...
Posted by Unknown at 10:51