The whys and wherefores behind our ritual venue choice 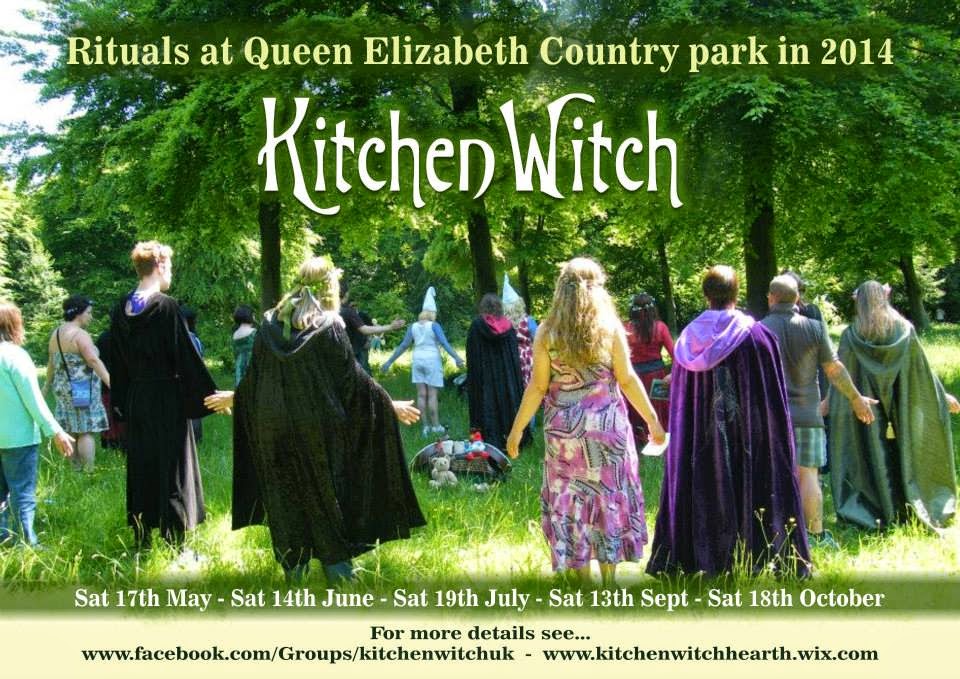 We (as in Kitchen Witch) ran a survey recently just to give us some idea of how to plan out 2015 for events, rituals and workshops.

Just to cover some of the queries/suggestions:

One of the main requests was for us to continue holding open rituals (and in fact the majority asked us to do more!) which we will be doing in 2015.  The other main request was for more online courses...watch this space...

We researched carefully the location to hold our rituals with some important (to us anyway) factors in mind.  It had to be a lovely nature setting, it had to be easily accessible with not too much walking to get to, it had to be in an area that other groups didn't currently use and for me...it had to have toilets..the onsite cafe was an added bonus!

There are certain restrictions that some may not be aware of when holding an open ritual, it is classed as an 'organised event' and that comes with all sorts of Health and Safety and insurance issues.  Whilst you can just roll up to a field and hold a ritual if you want, you may find that you get caught out.  Most forests and fields are owned by someone, whether it is a farmer, landowner, a society or the local council so most places require permission from the owner first (which is only good manners after all).   Most places also have restrictions on numbers of people and the use of fire/open flame.

The Queen Elizabeth Country Park were amazingly helpful and open to us holding our rituals and although the first field we used was OK, the spot (Larkwhistle site) that we moved to at the top of the hill is perfect with the yew tree grove and the beech trees, but we have to book each date officially with the park for legal/Health & Safety reasons, we also have to state the number of people attending (although they don't charge us a hire fee) and we are not allowed to light fires...which actually makes total sense when you are in the middle of a huge forest!

We, as Kitchen Witch also have Public Liability Insurance...not that anyone would blame us if they fell over a log during a ritual but you never know...

So for 2015 our rituals will still be held on a Saturday at the Queen Elizabeth Country Park but we will be avoiding the sabbat dates as we don't want to clash with other local groups (the Genesis Order of Druids hold sabbat rituals at Hilsea Lines on a Sunday and a couple of other groups hold regular open rituals at Kingley Vale nature reserve - see facebook or contact us for more details).
Posted by Unknown at 12:28