a big wet, soppy thank you from the heart ♥ 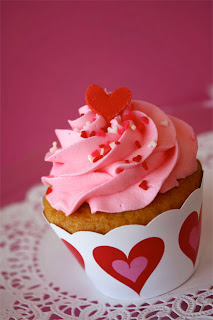 It is at this time of the year that I look back on the year that has passed, reviewing the highs and the lows and being thankful for all that I have and all that has happened - good or bad, because even the not so good parts are life lessons.

This time last year I had just finished writing my first book (Pagan Portals Kitchen Witchcraft) which happened purely by accident and I am still overwhelmed now that I was asked to write it (it has now sold well over 2100 copies for which I am eternally grateful for).  At one point it was an Amazon best seller and remains in the top listing for Occult and magical books.

Following on from the first book this year has seen me write three more, Grimoire of a Kitchen Witch that is pretty much my own Book of Shadows, then Pagan Portals Hoodoo which is my own personal spin on the magical art of Hoodoo and the latest Pagan Portals Moon Magic which will be published in January but already has a huge number of pre-orders (humbled again).  Thanks must go to my publishers Moon Books for all their support.

This year has also seen regular Kitchen Witch rituals at the Queen Elizabeth Country Park, now in a beautiful spot at the top of the park with a yew tree grove and a beech tree grove all to ourselves, we are truly blessed to have such a wonderful group of people that regularly join us ♥

Earlier in the year a spiritual cafe opened just around the corner from me with yummy lattes and cakes but also giving me the opportunity to have my first ever book launch with cake (of course) and the lovely Kate Bowman reading tarot for everyone that purchased a book - it was so busy we had people sitting on the floor because all the seats and tables were full...very overwhelming :-)

Chi Coffee has also given myself and Kitchen Witch the opportunity to run workshops which has been amazing fun, more planned for next year too.

The Kitchen Witch School has grown and grown and celebrated a year up and running in May and we have such wonderful students we really are blessed.  Huge thanks has to go to my partner in crime Sunchylde who does a lot of work for the school in front of and behind the scenes.

2013 also heralded my first invitations to talk to groups and at moots, initially incredibly nerve wracking I now thoroughly enjoy doing it, great fun to meet such interesting people and share experiences and knowledge.  Including going on stage with Spriggan Mist to tell a spooky tale which was fabulous fun.

This year my lovely hubby helped me design and produce a set of Herb & Plant Oracle Cards (well all the design was actually down to him, huge amounts of hours spent at the computer).  Very expensive to produce so a lot of smaller publishers won't take them on, we found our own printer and put them together ourselves, many man (and woman) hours went into them, but we are very pleased with the end result.

Overwhelmingly (sorry I know I use that word a lot but it pretty much sums up this year for me) all you lovely people also helped me to become Moon Books best selling author for 2013.

On the study front I am now a certified Crystal Therapist and a Reiki Master Teacher (having completed Reiki I and II back in 2009).  I have also been studying mediumship and past life vibrational healing with Steve Bradshaw (courses highly recommended).

Along with regular tarot share on a Friday at Chi Coffee with Kate Bowman, attending healing sharing evenings with Steve Bradshaw, Jane & Wayne Davis and wonderful meditation and drumming workshops with Wayne - life has been extremely busy.

An enormous thank you has to go to my husband Pete, who not only supports me in everything I do but has put up with me disappearing for most of the year to 'do my gigs' and of course his artistic work on all the posters and leaflets for myself, Chi and Kitchen Witch - couldn't have done it without you ♥

Another big thank you to Sunchylde (Tracey) who I speak to every single day, who supports me in everything, writes the most amazing rituals, does the accounts (which I am eternally grateful for) and reassures me that I am not totally mad ;-)

I also have to thank some lovely students Starlit (and her hubby) and her co-conspirators for the most amazing surprise birthday party...my first ever and a total surprise, I didn't even have a clue.

Thanks as well to Storm for doing so much on the Kitchen Witch facebook page and within the school and to Starlit for the most amazing Kitchen Witch blog posts.  Many congratulations to Storm, Starlit, Amunhart, Autumn and DragonRose for completing their Forest of Beginnings (our first degree equivalent) this year too, we are so proud of you all.

AMAZING year...no, it hasn't all been plain sailing - life does throw in some curve balls too but I like to put the positive spin on those, they are all life lessons and all happen for a reason.

I have made some wonderful new friends this year however a couple have also gone their separate ways, but sometimes change is needed, death occurs to allow rebirth to happen...

I predicted that 2013 was to be 'the year of the witch' and for me it certainly has been, and I am truly thankful and grateful for all that has happened, it has led me to where I am now and I am feeling extremely blessed.

The diary for 2014 is already pretty full, in fact I am nearly fully booked which is totally mad but wonderful including a book launch and signing in Glastonbury at the Mystical Arts Fayre in February.

Apologies if I have missed thanking anyone personally...big hugs to everyone that has been a part of my journey this year.

Wishing you all greetings of the season and a most prosperous and abundant 2014.