the changing face of witchcraft... 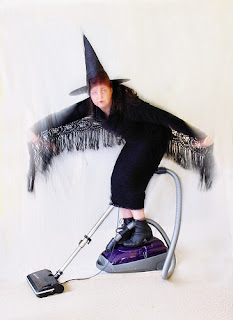 This is probably going to be one of those 'random, who knows where it is going to lead to? kind of blog entries...'.

I have seen several facebook comments recently saying that witchcraft is 'changing' that the traditions of the witch are becoming more 'new age'.   Which got me thinking...is it?  I wonder?

If we compare a lot of the Craft today to that of say, Crowley's time then yes it probably has changed quite a lot for some people. Even looking at Janet Farrar & Stewart Farrar's Witchcraft Bible compared to their more recent Progressive Magick book (albeit this one was written by Janet Farrar and Gavin Bone) you can see the change from ceremonial to more 'nature/hedge witchcraft' ideas.

I wonder if we aren't just expanding?  There are more witches, more pagans and more new age people than there ever was, do we just have a broader base to work from?

I use some new age ideas within my Craft but I also use Wicca, Hedge Witchcraft, Shamanism and Hoodoo (amongst other things), I take the bits I like and the ideas that resonate and make them work for my own personal path.

I probably would be frowned upon in a Traditional Witchcraft coven or even a strict Wiccan one because of some of my ideas, but I don't belong to either so it's not a concern for  me.  My witchcraft is personal to ME. (Not that I am knocking ANY coven, tradition or group at all, I would never judge another,  if it works for you then that is fantastic).

Should we worry even if the Craft is becoming more 'new agey'...I'm not sure.  My personal feelings are to go with what works for you, whatever 'label' it has.  Each human being is an individual and what works for one isn't necessarily going to work for another.

I think we should just rejoice that paganism in whatever form, seems to be more widespread and dare I say it even sneaking into mainstream...but then we hit the argument that Witchcraft should be about mystery and kept secret...but that's a whole other kettle of fish LOL