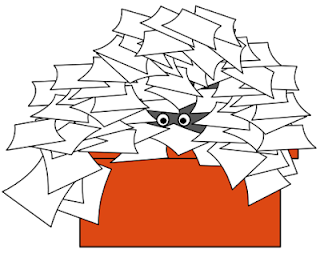 Life is extremely busy at the moment, May is just totally manic but it's all good stuff (including a family holiday sneaked in)  :-)

Attended the second lesson of the development class yesterday where the guided meditation gifted me with a snail totem.  Never worked with snail energies before and it's never appeared in any meditations for me so it was interesting.  I have posted all the snail medicine over on the Kitchen Witch blog but it was all pretty relevant to me at the moment, still amazes me how these magical things work LOL

Sales figures from April are in for Pagan Portals Kitchen Witchcraft and I am truly humbled, the paper back is still selling well but the ebook figures doubled last month wow!   It also got a good review in the current edition of the Pagan Dawn magazine :-)

The workshops I am running with Paul Cissell in June have now completely sold out (Witchcraft Within, three workshops covering magical plants, hoodoo and elementals).

The next two Kitchen Witchcraft workshops are also nearly fully booked and they aren't until July and August! (Details can be found on the Coven website).

Grimoire of a Kitchen Witch is currently at the printers and will be released end of next month which is very exciting, got a fabulous book launch party at Chi Coffee organised for that - everyone welcome!  Details can be found my website or facebook page.

Pagan Portals Hoodoo is set to be released at the end of August.

I have been asked to write another article for the next edition of the Magical Times which is wonderful as we will also be attending their Faerie Festival at the weekend.

May also has myself and the Kitchen Witch team off on an Elen of the Ways retreat which should be super fun and hopefully very enlightening.

Our Kitchen Witch ritual in June at the Queen Elizabeth Country Park is all about faeries which should be a blast!

And July sees not one but two talks for local pagan groups :-)

Now all I need to do is focus and finish writing book four! (Pagan Portals Moon Magic).
Posted by Unknown at 10:50