My thoughts on the Royal Wedding... 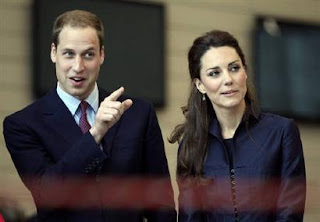 I was extremely saddened today to see a facebook post being extremely hateful about the Royal Wedding.

Why was I saddened?  Because it was posted by people that are supposedly pagan.  I understand pagan beliefs to be nature based, and all about love, light, being kind and positive.  The way they were talking was full of hate and spite for people that they don't know and are never likely to meet.

So how do I feel about the royal wedding?

Am I a royalist?  No, not really.  But I am English and generally proud to be so.  The monarchy is part of Great Britain and part of what makes us British.   Will I be watching it on TV?  No, probably not because I would rather spend the time with my family, but I will look at a few photos on the net to see what the wedding dress looks like LOL!

Not having a huge royal wedding is not going to solve the unemployment problem (one of the posts on facebook made suggestion that it would help !!).    Unemployment is a totally separate problem from the royal family, I cannot see any connection.  Other than the royal family employs a lot of people, and that's a good thing!

The good side is that there are a lot of street parties being held, neighbours that have probably never spoken to each other will be setting out their deckchairs on the pavement outside their houses on Friday and getting to know one another better.  The children are excited as their schools are having parties tomorrow and hubby gets a day off work!

Most of the royal family do a lot of work for charities, and most of the chaps have spent some time in the forces doing their bit.  Yes, they are rich, yes, they do have fabulous life styles...but think...just for a minute...would you like to be swapping places with Katie?   I certainly wouldn't, well for a start I would have to go to church and certainly wouldn't be allowed to be a witch ;-)   But to have no privacy and to have every single thing you say, every move you make watched, noted and comment on?  To be told what to wear, what to do, where to go, how to act? No thanks.

I get that some people are upset about the fact the Royals hunt, I get it I really do.  I don't particularly agree with fox hunting, it seems very cruel.  But you also have to remember theirs is a very different way of life.  One that has not really changed a great deal in hundreds of years.   Is that an excuse? no, it is not it is a fact. Would I go on a fox hunt?  No I wouldn't.   Am I a vegetarian?  No, I am not.  However I do try to eat free range or organic meat, I do care about the life the animal has had.  I personally don't believe man was made to live on vegetables, ancient man would never have been able to survive on vegetables, fruits and nuts alone, especially during the winter months.   If you kill an animal I believe you should use all of it, all of the parts in respect for the fact that the animal has died.  So no, I do not agree with hunting for sport.

Hopefully as generations pass the royals will move on from fox hunting, other small changes have happened, but it is a different way of life completely and changes for them take a long time!  William is part of the younger generation, hopefully he will be able to bring a fresh new perspective.

And if you really aren't interested then just wish them well in what will probably not be the easiest of relationships and get on with other things!