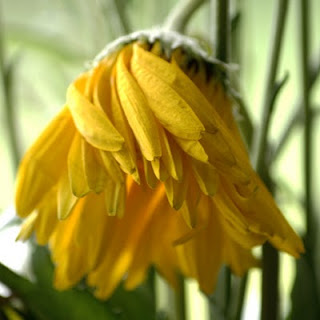 A lovely friend of mine gave me an old copy of Pagan Dawn to read yesterday.   I really like the magazine, but there was one particular article right at the back that struck such a chord with me, I wanted to share it.

It was the story of a coven that accepted a new member in, she fitted in well and made lots of friends and seemed to be having a wonderful time, then all of a sudden she disappeared.  When tracked down she said she needed some 'time off'.

Some months later when she bumped into another member of the coven she said she was 'moving on'.  There appeared to be no reason for her sudden withdrawal.

I want to share Old Dorothy Clutterbucks words from the Pagan Dawn magazine on the situation:

I've seen this happen many times, being on the receiving end myself more than once.  People who seem terribly close at one stage, who we assume will be around till our dying days, suddenly lose interest and wander off.  Not the usual bitchfests too often seen in paganism but friendships ending, in Eliot's words, not with a bang but a whimper.

It's heartbreaking, and we're left wondering if the lovely sentiments were fake, or of what worth love can be if it is so easily forgotten.  Cicero had much to say on the nature of friendship, distinguishing between the purely pragmatic social climbers relationship and the virtuous bond where each wants the best for the other.  Often old friends who supported us when times were bad can be too much a reminder of the weaknesses we want to forget.  Caliban looks in the mirror and doesn't like what he sees.

Emotional investments are not devalued if they later wane.  We have made an impact and been uplifted in return.  Grief can often taint what was good at the time, and make us shy of giving again.  It's difficult not to let it wound us, but we must try.

Wise words, and they really made me think about myself and oh so similar situations I have been in.