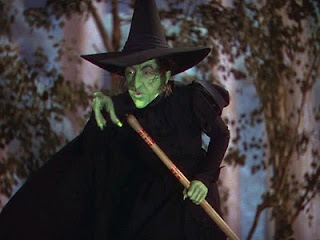 Over the past year I have done a lot of personal shadow work.

For those that are not aware of what this means here is a paragraph from Raven Digitalis' book 'Shadow Work Magick Compendium':

The very essence of the concept of 'shadow' is ambiguous.  Throughout the ages and around the world, various cultures, religions, and individual philosophies have approached this idea in various ways, often discovering deep wells of meaning in the divine polarity of light and dark.  A number of shamanic religions have long recognised the portion of the self deemd 'the shadow' for its role in human spiritual development and understanding.  The view of the shadow as a spiritual force has also been carried into a number of modern religions.  It is from the shadowed aspects of the psyche that our magickal reality is brought into vision.

Car Jung recognised the shadow of self as the often non conscious aspect of the human psyche that contains repressed thoughts and impulses.  It is the portion of our mind that usually goes unrecognised, harbouring fear and other unpleasant emotions that we have consciously rejected for one reason or another.

In Jung's words: Everyone carries a shadow, and the less it is embodied in the individual's conscious life, the blacker and denser it is.   The more repressed one's shadow self is, the darker and more intense it becomes.  The shadow is a moral problem that challenges the whole ego personality, for no one can become conscious of the shadow without considerable moral effort.  To become conscious of it involves recognising the dark aspects of the personality as present and real.  This act is the essential condition for any kind of self knowledge.   Recognising the internal darkness leads to self awareness.

It has helped me immensely.   I have come to recognise my character 'faults', the traits of my personality that I am not proud of, I have worked with them and hopefully am a good way to recognising them, and curbing them when they try to come into play.

When I am met with an unpleasant situation now, I try to see why it is happening, and step back and think about my response before I give it.

It is also about recognising your own personality traits in others, a bit like looking in a mirror.  Why do you dislike a person? Why do the actions of some people upset you? Is it because they are acting in a way that resonates with some small part of your own personality?  This isn't always the case, but is worth bearing in mind.

The downside to all this shadow work that I have discovered is that I believe I have worked too much with it, and to a certain extent 'lost' my own personal power.  Recently I had a 'lightbulb' moment and realised that I had curbed the dominant, strong side of my personality too heavily.  Once I realised this I have worked to balance it.

I guess that is the quality that we all strive for in everything - BALANCE!