Skeletons and the Mexican Day of the Dead 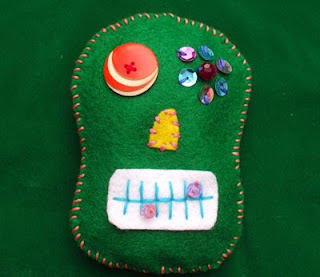 Skeletons and the Mexican Day of the Dead

We can’t have Halloween without jiggling bones and skeletal leers. The fascination with skeletons dates back to the Paleopagans and later European mythos, where many tribal peoples preserved the heads or skulls of their ancestors, which were painted, dressed and displayed in prominent positions at clan gatherings, or were consulted as oracles with appropriate offerings. The doctorine of the church forbade the burial of a headless body and the custom eventually passed from practice, though in European households, shrines to the dead continued in use.

It is likely that our fascination with skeletons in our modern Halloween celebrations has a strong link with El Dia de los Muertos – the Day of the Dead – and the tossing of Mexican culture into the melting pot of America. This delightful celebration begins on the eve of October 31. Often called Los Dias de los Muertos (because more than one day is involved, depending on the local celebration) it is considered by many Mexicans to be their most important festival. Some scholars believe that the Mexican holiday is a conglomeration of Celtic, Catholic and Aztec mythos and when you look at the festival as a whole, you can see where that determination came from.

The Day of the Dead includes the belief held by the Aztecs that the souls of the dead returned to Mexico with the migration of the monarch butterfly each fall.

The word somber does not figure into this Mexican celebration, as this is a time of parades, brilliant costumes, feasting and the act of honouring the dead with love. The townspeople dress as skeletons, mummies, ghosts and ghouls, parading through town carrying an open coffin complete with a live passenger dressed as a corpse.

Skeletons and skulls abound, made from chocolate, bread, moulded sugar, and assorted candies. Handmade puppets, called calacas add to the fun and frivolity. Each family sets up an altar in their home to honour those who have passed away in their family or close friends. On November 1st family members go to the gravesite of their loved one and perform required maintenance such as weeding and raking. Some families go at night on October 31st with picnic baskets, candles and musical instruments to serenade the dead, remaining there until dawn breaks over the horizon.

In Texas, traditional names for the holiday reflect the difference between the Mexican holiday and the Tex Mex holiday. In Texas the day is called El Dia de los Difuntos (the Day of the Deceased) or El Dia de los Finados (the Day of the Finished and/or Departed). The Tex Mex remembrance of the dead acknowledges the importance of the deceased’s separation from this world. Celebrations symbolically affirm this separation while acknowledging reconnection with the loved ones through memory. Here we find both a community celebration and a religious practice. For many communities this day serves as a social gathering. Memories of the dead are often framed by graveside encounters between old friends and relatives, family stories, and limited feasting (as food is not the central element of these get togethers).

In Texas, the central meeting for the family is All Souls’ Day and in Mexico the focus of the holiday is around a special alter in the home, church, or sometimes the cemetery, where flowers, candles, incense and offerings of favourite foods are placed. The altar is the power point, a door between the living and the dead. It is believed that those items on the altar will attract and soothe the departed spirit. In Texas, many families prefer to perform grave maintenance at this time, then add handcrafted items, fresh flowers, wreaths and due to increasing inflation, mass produced materials such as pumpkins, black balloons, paper ghosts and other images of the holiday.

It is through the Spanish-Catholic folk customs of the Day of the Dead that we can best see the original European Celtic festival and early Christian practices surrounding Hallowmas and All Souls’ Eve. Rather than destroy the custom, as the American Puritans tried to do, the Mexican and South American peoples pulled this early Celtic holiday into their local customs and expanded on the celebration.

The picture comes from http://www.kitchenwitch.org
Posted by Unknown at 13:32